Approaching the Hakaui river valley in the afternoon was like sailing into a Lord of the Rings movie set. The light glowed across the misty ridges like the scenes when Bilbo Baggins enters the land of the elves. The cinematographers went overboard in their editing, but its not real, right? The whole valley pulses with energy and it is so deep and steep, it is best called a canyon, winding its way to the largest waterfall in French Polynesia. 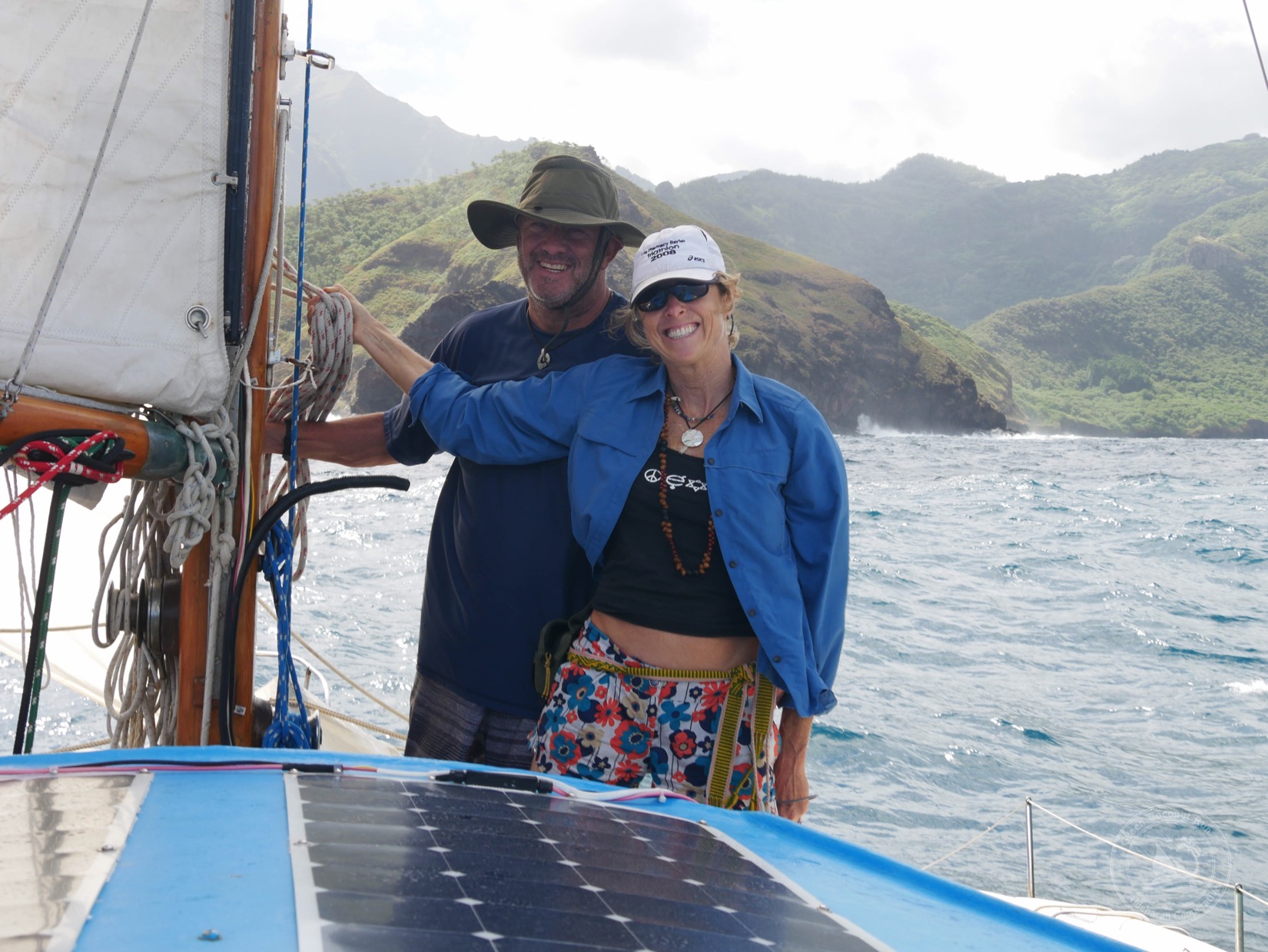 The bay is in the south eastern tip of Nuku Hiva. We made landfall after a fast 4 hour sail from Ua Pou island (Hakahau), going north to cross the 25nm channel with an average speed of 6kts. The 20kt ESE trade wind was just aft of beam at 100 degrees apparent. Aldebaran loves this wind angle, and she tracks beautifully across the 4-8ft seas like a surfboard on a wave.

The bay is entered through a narrow passage that opens up into two lobes. It is also called Daniel’s Bay, after the guy that lived in the corner of this nearly land locked cove and welcomed visiting yachts.

Beyond the valley’s overwhelming mystique, my senses also felt a distinct cautionary note. Something felt dangerous. Ironically enough, within 48hrs I had torn up my forearm, bruised my ribs, and infected my sinuses, all being my first injuries for the year.

Yet, the draw of the place was excessive, and like moths attracted to the light, we readied ourselves for the hike to the waterfall.

Ps. We were able to upload these pics with the slow wifi at the Post office, and also added more photos to our Heiva Festival post, check them out: https://greencoconutrun.com/2017/09/05/heiva-festival/

One thought on “The Unreal Bay of Hakaui”