Little Leo from the Azores catamaran

Our hike to Vaipo waterfall in Hakaui Bay, the highest waterfall in French Polynesia, was unforgetable.  Also, it was Asher’s 10th birthday! Wow, what a lucky guy to celebrate his first decade out here!

The rendezvous spot for the valley guide to give us our safety rules and collect money ($10 per person for visiting the valley, as many times as you want) 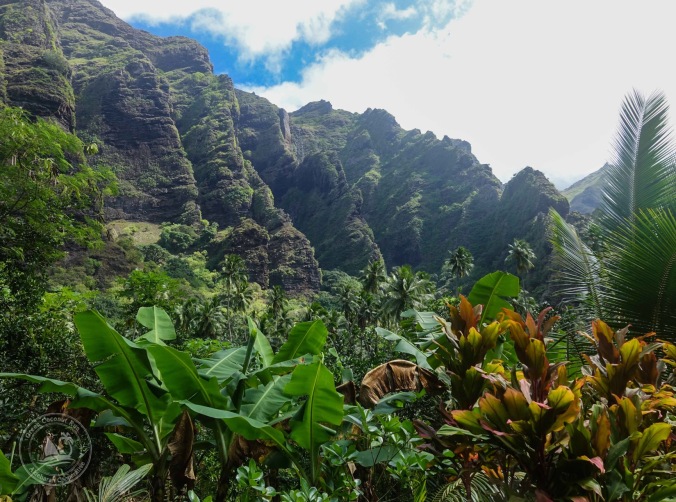 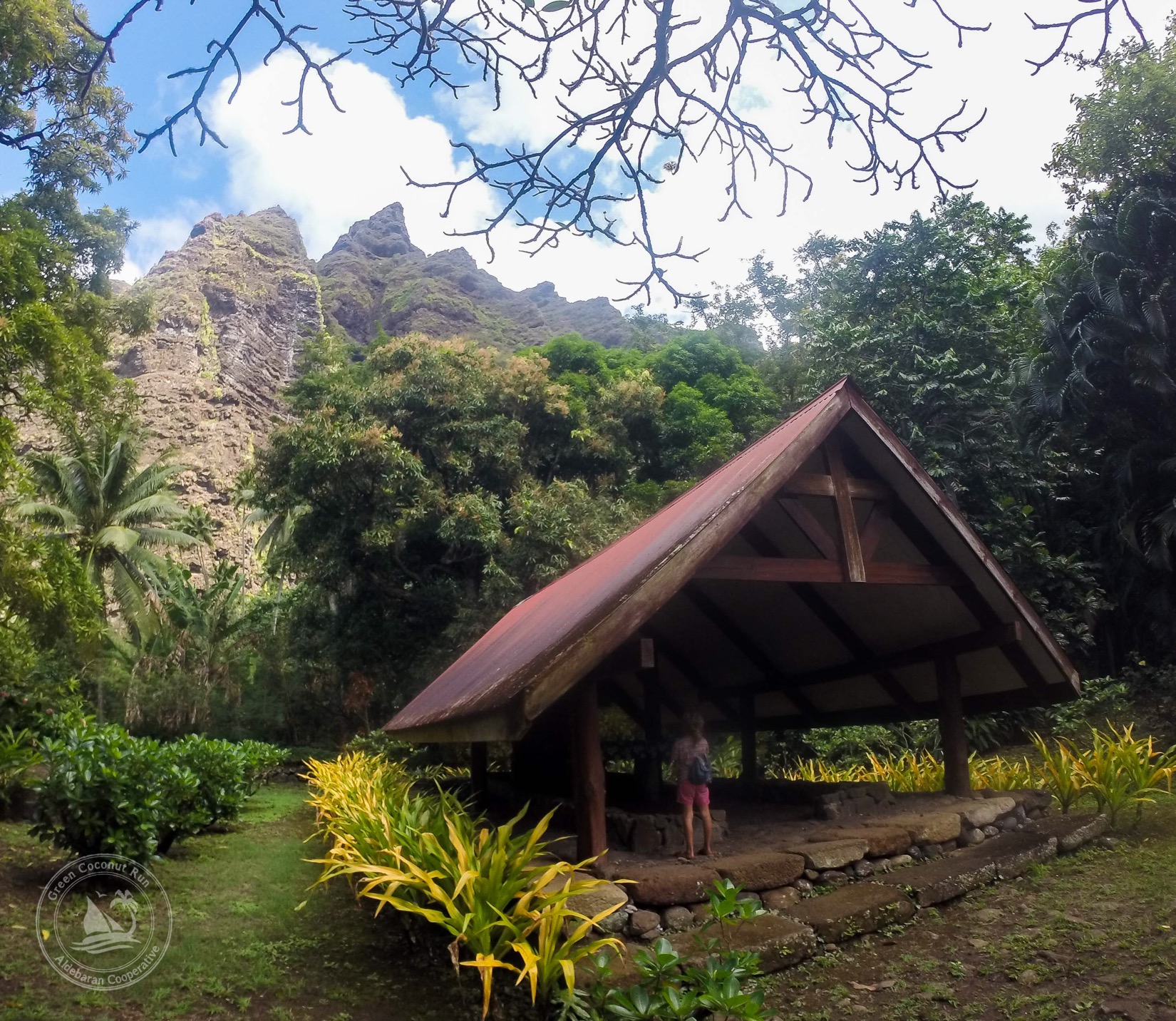 Only two or three families now live in Hakaui Valley, and they use this elegant and simple church. in pre-European times, an unfathomable 30,000 people lived in this valley. 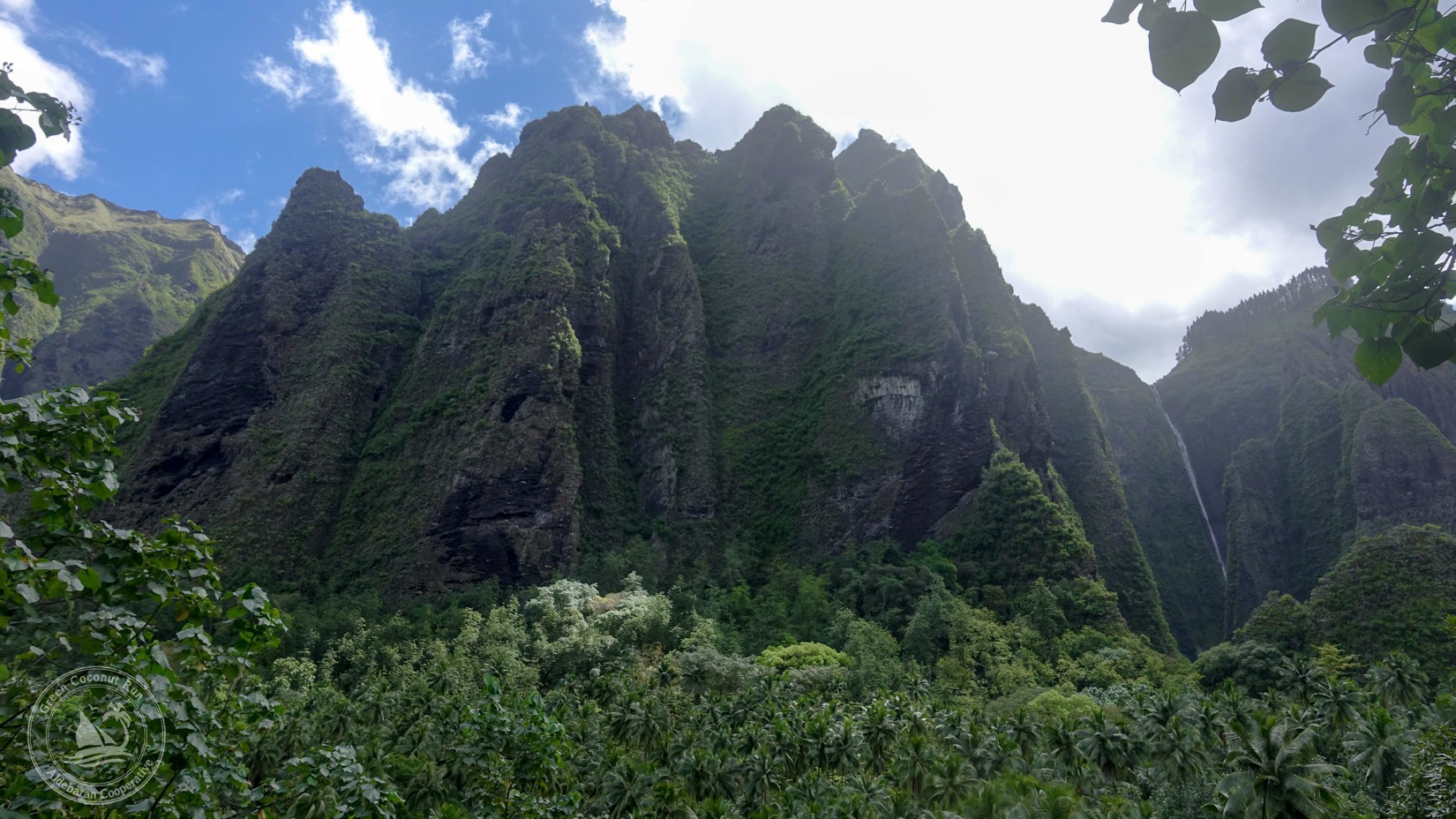 The view of Vaipo Waterfall from across the valley, on the right side of the frame 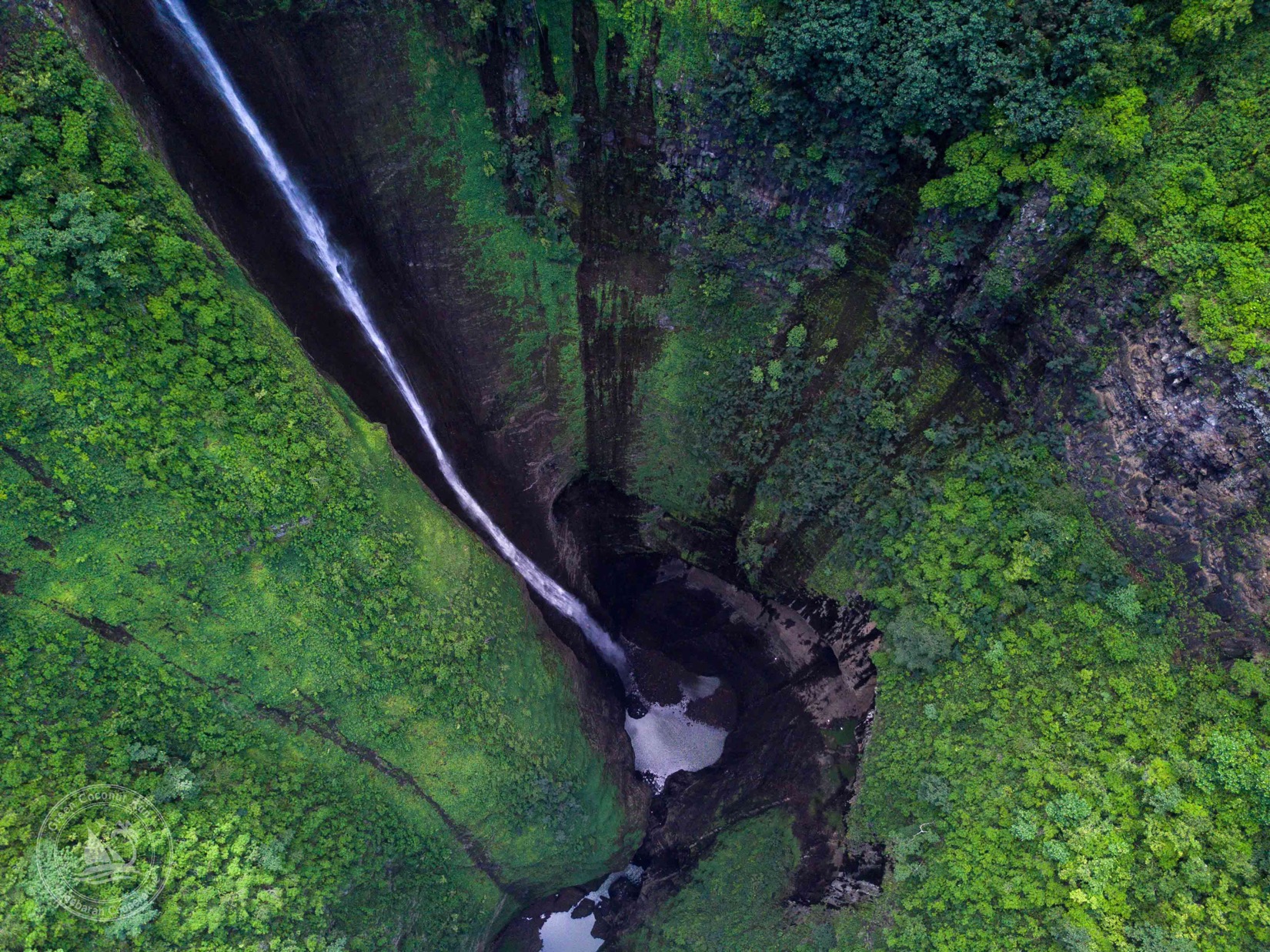 The Honey Bee made a flight across the valley into the heart of the waterfall. At 1148ft, it is the highest waterfall in Polynesia outside of Hawaii and New Zealand. 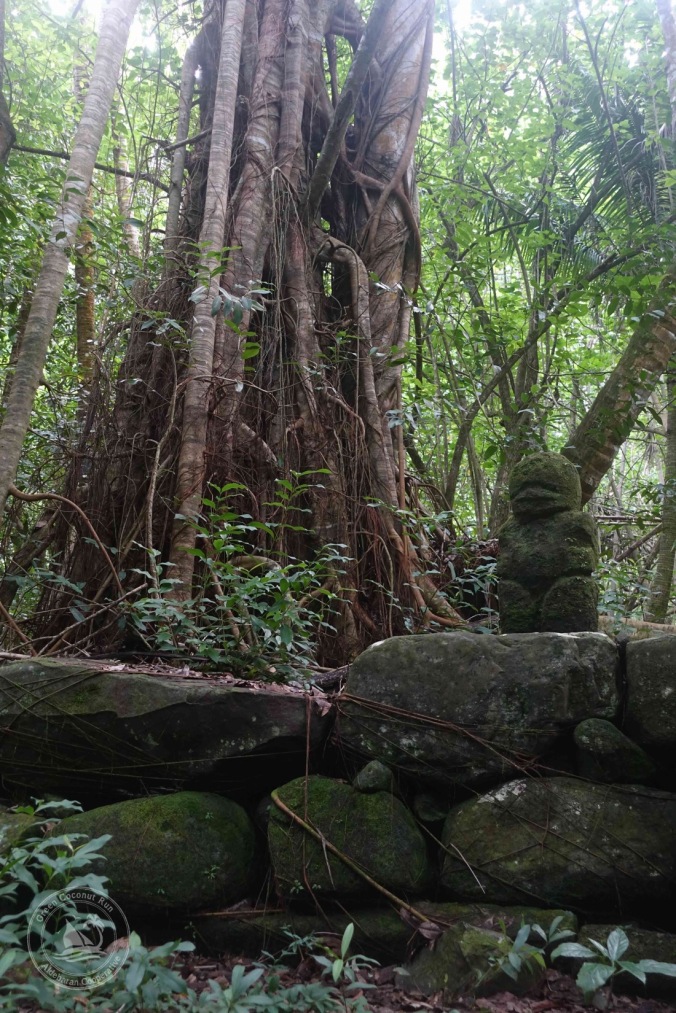 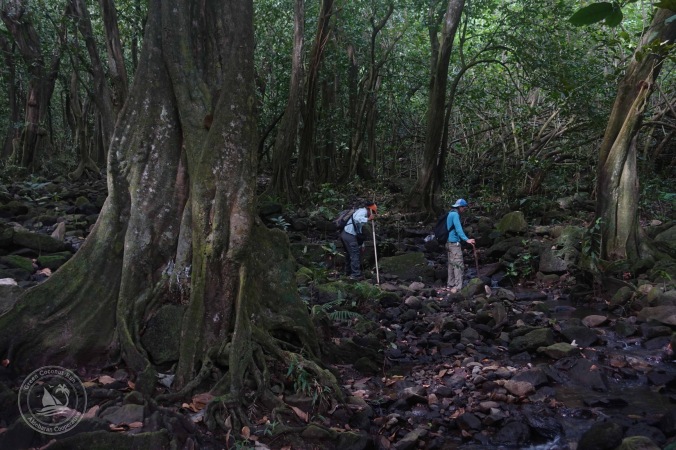 Throughout the hike, we saw stone foundations of ancient village structures, built over the rocks to avoid flooding from the river. 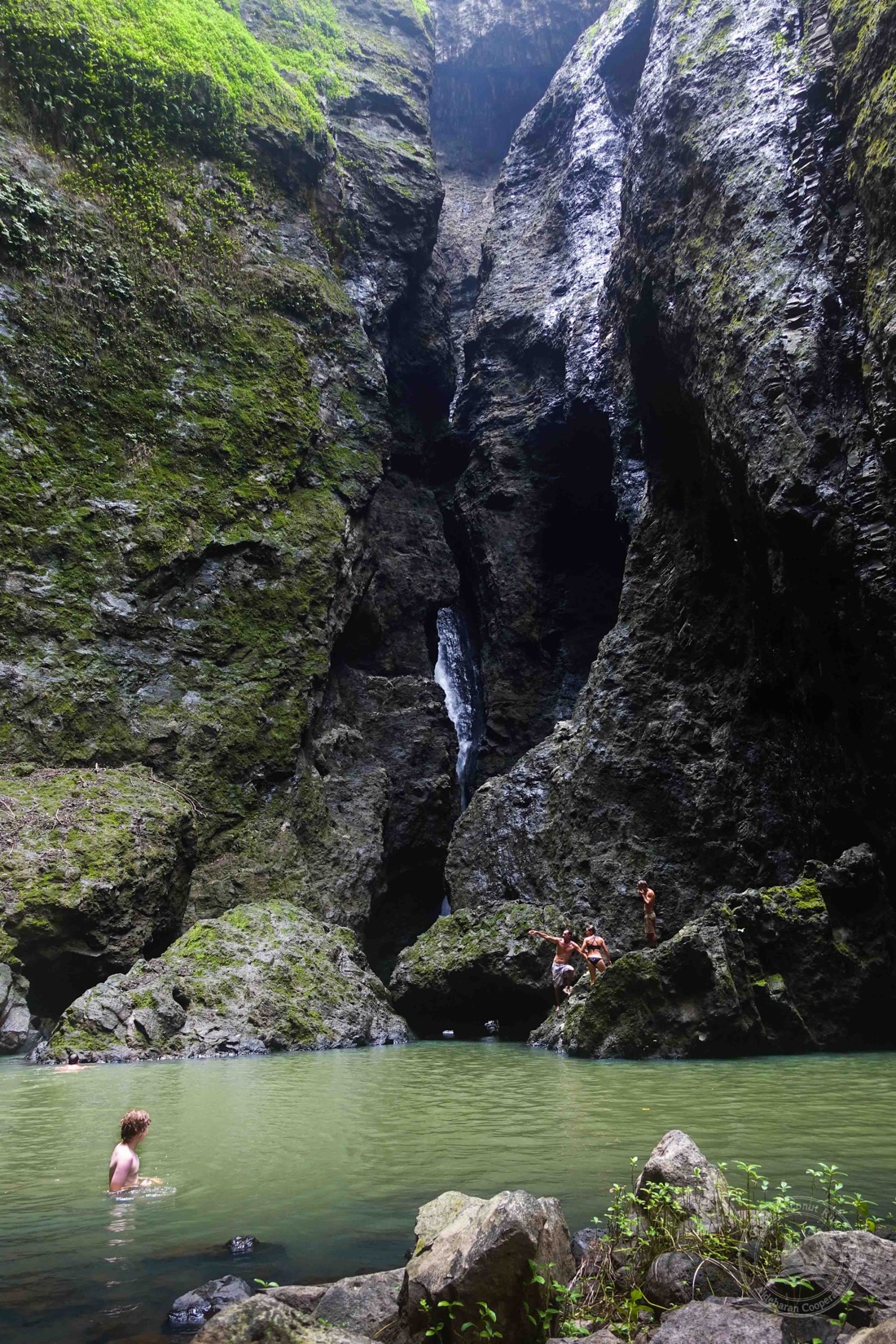 Inside the waterfall it felt like a hurricane.  The force was overwhelming. We put shampoo on our hair here.