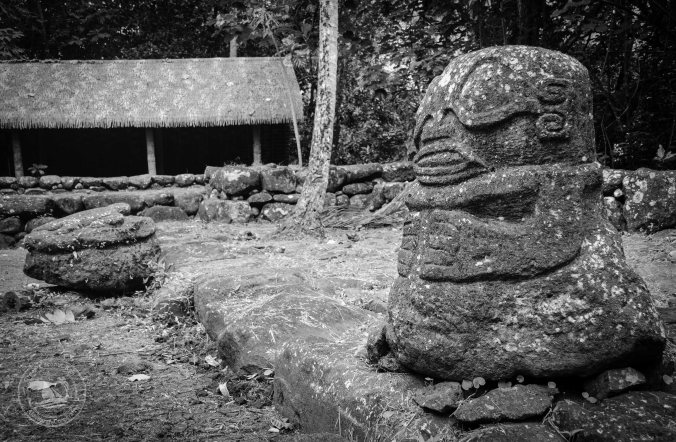 The Hatiheu valley is a “power spot”. Giant banyan trees flank the end of a valley, with a perimeter of rock ridges that are sharp as dragon spines. By now, we know that we can expect to find the remnants of ancient Polynesian villages in this kind of place: it is full of mana.

END_OF_DOCUMENT_TOKEN_TO_BE_REPLACED 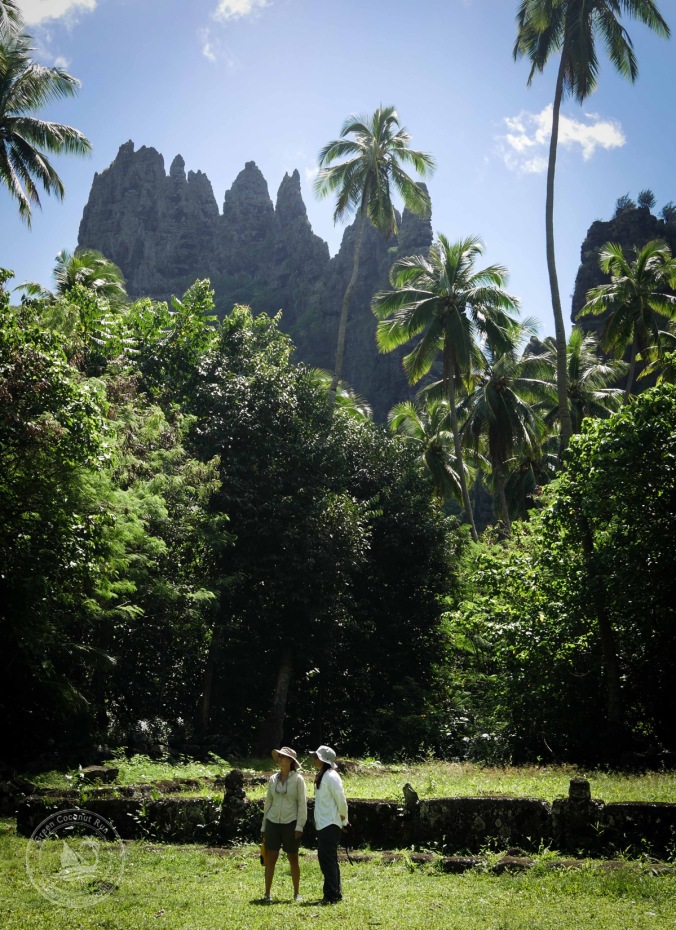 We decided not to take Aldebaran to Hatiheu, on the north coast of Nuku Hiva, due to time constraints.

Instead we scored a car ride with Josephine, who was born and raised in Hatiheu. “I’m a special education teacher, I’ve never given a tour before,” she warned us with a laugh. We loaded the Hilux pickup truck with our crew mates (Matt, Diyana, and Melanie) and went on a drive around the island.

END_OF_DOCUMENT_TOKEN_TO_BE_REPLACED

Three guests were dropped off at the Pearl Lodge in Nuku Hiva, laden with duffel bags. Tired from the long day of travel, they walked to the hotel’s infinity pool, with a beautiful deck overlooking Taiohae Bay. That’s when one of the guests, Matt, noticed a dinghy flying across the bay with… something unusual.

He reached into his duffel bag and grabbed a pair of binoculars, focusing on the dinghy heading straight towards them, driven by two dark figures with unknown intentions.

“Excuse me,” Matt turned to the hotel owner, who had just given the newcomers nice flower lei’s. He hands over the binoculars to the proprietor to see for herself. “I think you’re about to be attacked by pirates!”

The proprietor immediately saw this was no joke: it was the Pirate King and Queen of the South Seas, last seen crossing the equator south of Galapagos. She promptly opened the spiced rum stash in the bar for the invading marauders.

Luckily the pirates’ evil intent was tamed by rum cocktails, multiple hugs, and a delicious dinner after a dip in the infinity pool. The Pearl Lodge escaped major harm, but the newcomers were kidnapped and taken aboard the ship Aldebaran, laying at anchor just in front, in the bay of Taiohae.

We now had our new crew members: Matt & Diyana, dear friends from Santa Barbara, along with sister Melanie. They will be sailing with us 700 nautical miles from Marquesas to the central Tuamotos… we are going farRRRRR mateys!

the crew for the transit from Marquesas to Tuamotos

The town of Taiohae is located on Nuku Hiva’s southern coast, only a few miles upwind from Hakaui – meaning, it is a slow and bumpy boat ride.

This is the largest sheltered bay in the Marquesas, and it is a little heaven for yachts. There is free wifi (unheard of!) at the snack bar right on wharf; the laundry is “only” $10-12 per load (in contrast Hiva Oa was double that cost); and the 5am veggie and fish markets are right next to the pier.

Early morning fishermen come back with their catch of yellowfin tuna and throw their filleted carcasses to sharks in the murky water.

Depending on the fishermen, the tuna slabs were either very cheap ($2/lb) or if you’re a sweet talker like Sabrina, sometimes free. Like fruit, fish is bountiful here.

But this is the Marquesas, in the middle of the Pacific Ocean, and transportation is expensive. We dropped off Adam’s family along with Matt & Judy here, after a wonderful two weeks together sailing north from Hiva Oa. They paid $40 per person for the 1.5hr ride to the airport, to catch their flight back to Tahiti (the flight itself was $700 round trip).

It’s a place that costs a lot to get to – both money and energy – but the rewards have so far been exceeding our wildest expectations. 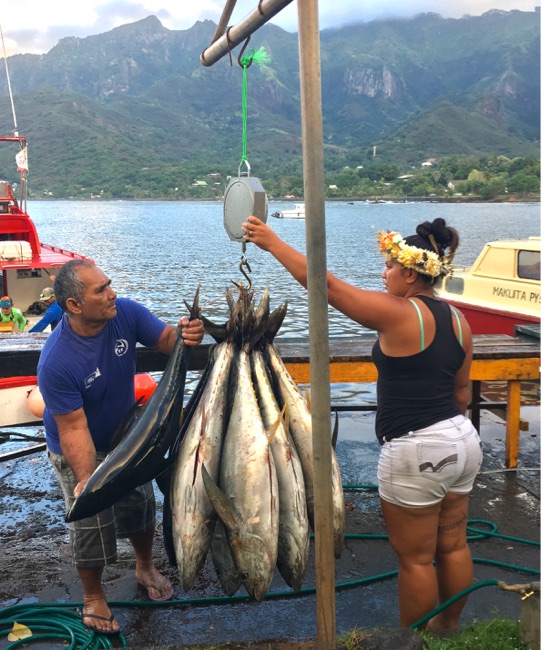 Little Leo from the Azores catamaran

Our hike to Vaipo waterfall in Hakaui Bay, the highest waterfall in French Polynesia, was unforgetable.  Also, it was Asher’s 10th birthday! Wow, what a lucky guy to celebrate his first decade out here!