We sailed a few hours from Hao straight to the pass in Amanu. With its bold white church, lush foliage, and narrow entrance, it is one of the prettiest passes we have ever seen. We arrived with a mild outgoing current, conditions were calm, and we motored in without a problem (Oddly, our Cmap charts were incorrect which is unusual here in French Polynesia’s reef passes, as the French have generally done a good job surveying the entrances to atolls; even though the vast majority remains “unsurveyed”). 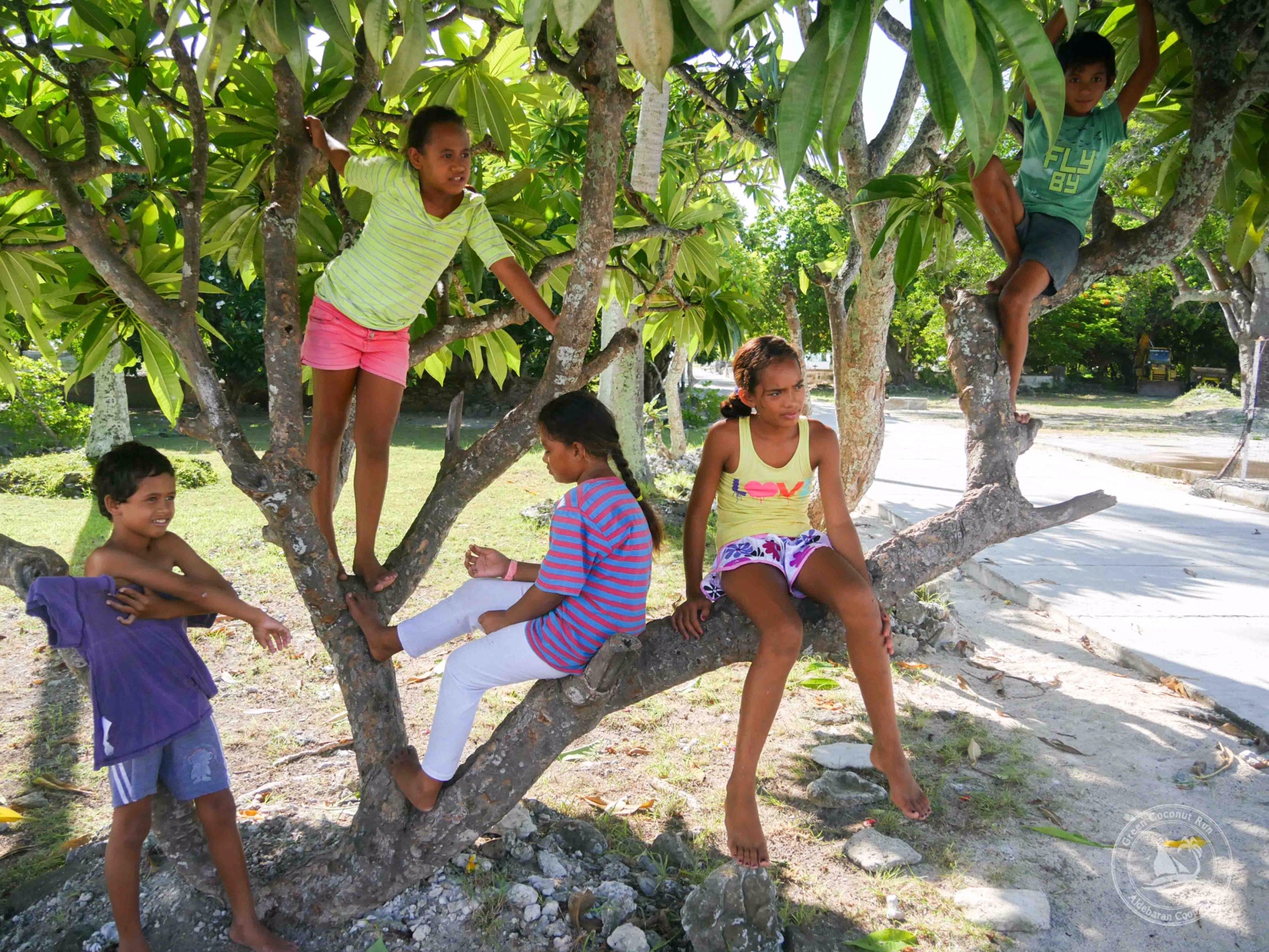 Around 300 people live in Amanu. There is no airplane landing strip, which makes it only one of a few atolls with a navigable pass and no airplane access.

How gorgeous is this?? Aldebaran at the anchorage just south of town. It has good!protection from the East to North to West. We dropped the hook inside what we called the “natural breakwater” anchorage. The breakwater surrounding the boat looks like dry reef, but it is actually 1-2 feet deep, so there is more swell action that you’d expect by seeing this photo. Note the white sailboat in the distance, in the next “inside lobe”, further left as you’re looking at the picture. That’s what the next picture is focusing on.

The “inside lobe” with a sailboat anchored inside. Fantastic spot! They had bow and stern anchors to prevent from swinging into the shallow coral reef. This inside lobe has better protection from the wind and swell, especially from the SE, which the outside “natural breakwater” did not offer.

A satellite image of the Amanu pass (top of image), the village (middle of image), and the anchorage (the reef structures in the bottom of image). Since navigation charts are incomplete, we often use satellite images to plan our entry into these atolls. This is from Open CPN software, so I can access it offline. 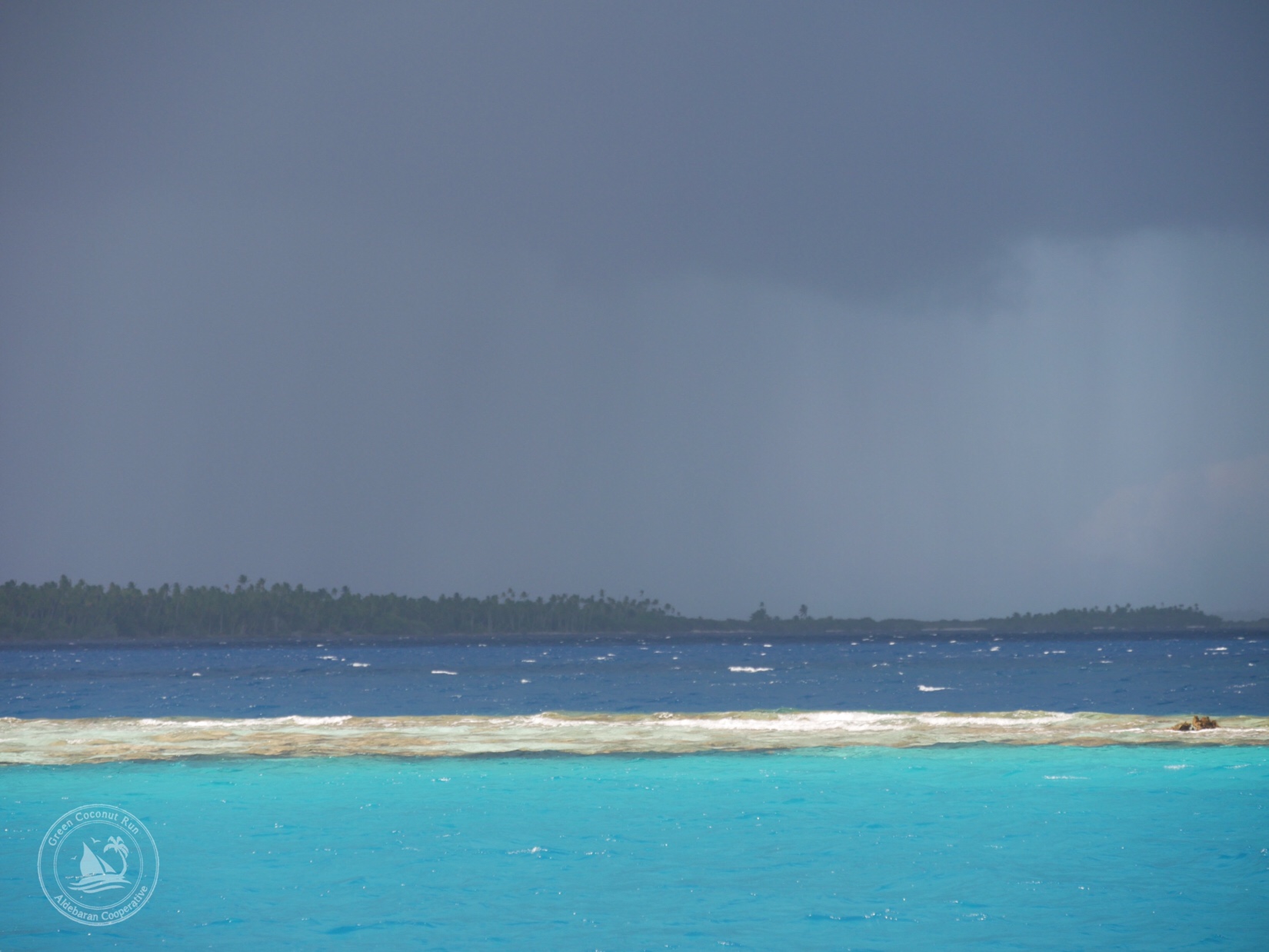 Squall approaching the anchorage. Although our natural breakwater anchorage was rougher than the inside lobe, we like it because its a shorter dinghy ride to the pass/village (a wet ride at that!). Also, there is outstanding snorkeling in the area just outside the natural breakwater.

Captain K trying to camouflage with the fish.

Needle fish blending into the surface of the water.

The beach motus are idyllic spots. It was nice sand so we did some jogging (and napping) here!

Rainbows are a-plenty in French Polynesia, and we never tire of them… Amanu did not disappoint!

6 thoughts on “Amanu is so picturesque!”