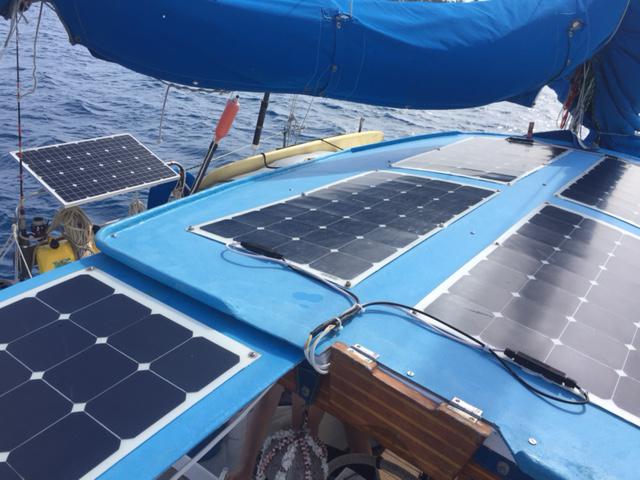 It’s been 2 full years since Aldebaran was connected to city electricity – which sailors like to call “shore power”. Our last time at a marina plugged into power was Costa Rica in early ’16 . We did dock at Tahiti’s Marina Taina for a night last December, but they have 220v power, and our boat runs on 110v. 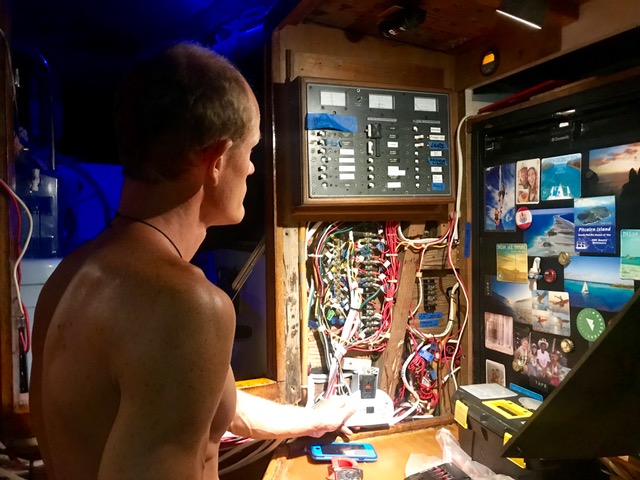 Being fully self-sufficient from an energy standpoint is fairly tricky. Our batteries are supposed to last 4-6 years, but started giving us serious problems after 3 years. This is because they aren’t regularly getting the complete charge they want; which shore power in a marina does so well. This began the third phase of improvements in the boat’s electrical system since we left California. 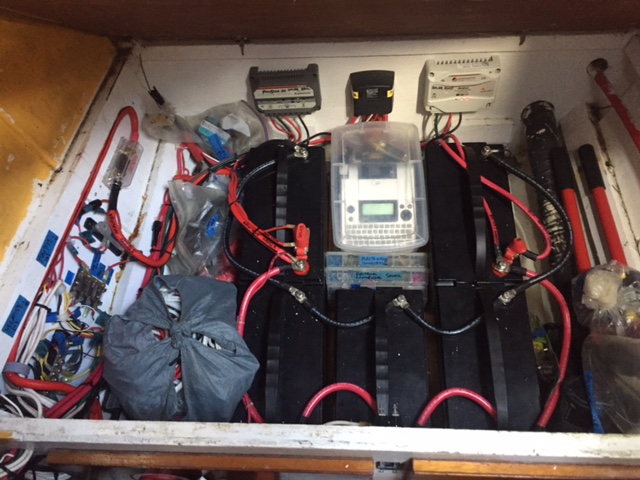 Here are the 5 ways that “Powerplant Aldebaran” has been trying to handle its energy needs:

In the last month we probably spent two weeks working on wiring and connections, which has been tedious but gratifying. The latest installations are the three below: solar array switch panels, battery monitor, and inverter switch to turn it on-off from the galley. 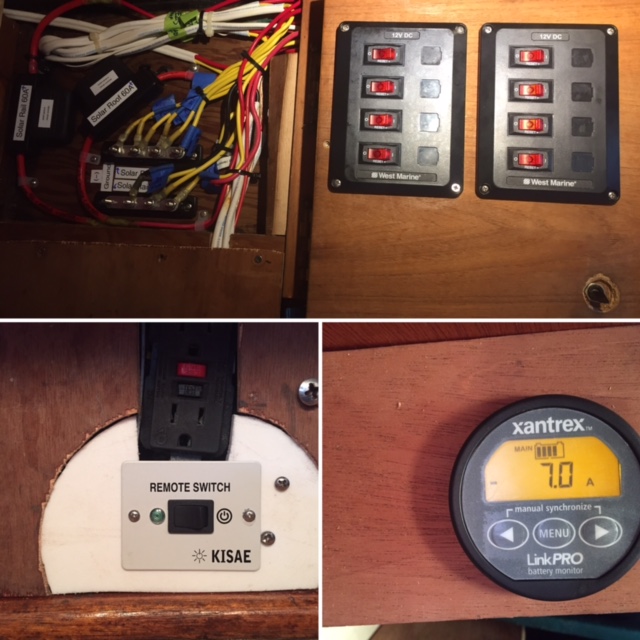 We are working hard to keep the electrons flowing!

One thought on “Powerplant Aldebaran”