Well, it was time to say farewell!

Michael was with us 5 weeks, from Galapagos to Gambier islands, and we got him to his plane back to LAX on time. As a 72 year old, he was an inspiration to all of us for his keenness to do things, positive attitude at all times, and courage for joining us in the first place!

Folks are still talking about him in the Rikitea anchorage after his hike up the tough Mokoto Peak the day after our arrival – not for the faint of heart! Michael was a great crewmate– always ready to do his midnight shift (even if we had to shake him to wake up, he sleeps like a log!), unfailing in the precision of Tea Time (steep the tea bag for exactly 5 minutes, at 4pm), and never complained about the vegetables rotting near his bed (a major advantage to having a reduced sense of smell, we discovered).

Michael brought many gifts to our frugal vessel, not least of which was his desire for real milk for his tea, and so we packed dozens of cartons of milk in the boat. Same with wine boxes, which he is always game to indulge during dinner.

Despite the trimaran’s great comfort and stability, admittedly it is quite noisy when banging into the waves. Once reassured that the boat wasn’t falling into pieces – being the stolid Englishman he is  – Mr. Payne never complained about the noises in the boat, or anything for that matter. Until one of our last nights, when there was a waterfall of salt water coming down next to him at 5am through the damaged hatch. 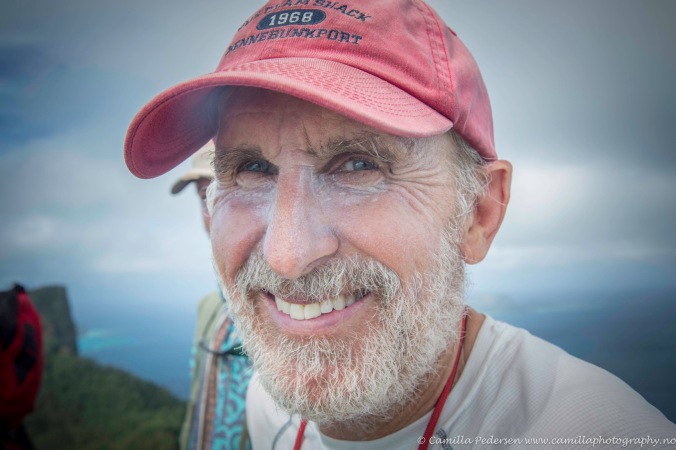