Believe it or not, ‘bacteria’ were the most challenging part of our voyage to sailing to Central America.

With antibiotics being our first line of defense, we learned the hard way about its limitations; and how industrial livestock, of all things (!) are affecting our body’s ability to fight these infections. 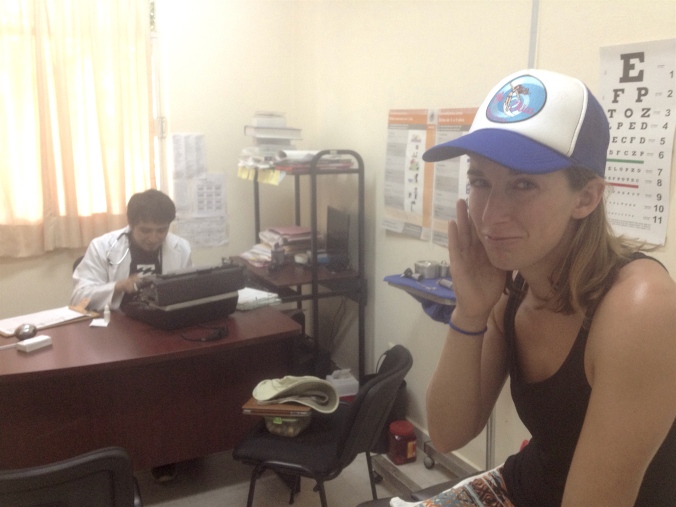 Sabrina at the doctor’s office in Mexico, the start of her ear saga.

“Wait, weren’t you scared of pirates and storms?”

The threat of drug cartels & pirates worried our friends, as we were sailing along the coastlines of Mexico, El Salvador, and Nicaragua, with their recurring bouts of violence and kidnappings. This includes a recent van burned in Sinaloa belonging to disappeared Australian surfers; our deep condolences to their families. So that is risk is very real.

Hurricanes were also on our radar, sometimes uncomfortably close, and people criticized us for sailing in the wet season in our quest to get waves. (Note for route planners: we left Santa Barbara on March 26, with a goal to be in Huatulco on June 1, and arrived in Costa Rica by early August) We took measures to stay away from 3 hurricanes, and weathered about 10 squalls surrounded by lightning, which is darn scary. A 50ft monohull was reportedly driven ashore in Nicaragua by a squall. So that risk is also real.

Who asked us what medications we were bringing? About our emergency plans for medical evacuation?  Outside Magazine ran an article this year about how outdoors adventurers underestimate the risk of the “Little Things that Kill You”. Luckily, Sabrina is a nurse and brought a deep inventory of medications aboard the ship. 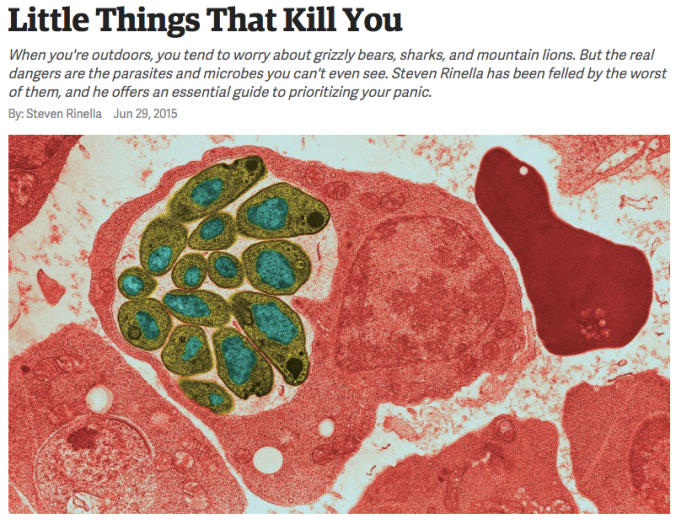 The reality of medical issues is that bacteria, particularly in the tropics, is the hidden nemesis of sailors. Sure, we had our share of bruises and contusions on the boat, and cuts requiring simple stitches, which we’ll share in our upcoming videos episodes about the journey (thanks for supporting our Patreon campaign to make this possible!).

However, it was infections from an ocean-full of bacteria that posed the most formidable battle. Our first victim was, ironically, Sabrina. the captain’s sweetheart, ship’s nurse, and SCUBA dive master. After our friends the Hope family visited us in Huatulco, she waged a small war against an ear infection, which resulted in complications and a burst ear drum. It’s an understatement to say this put a humongous strain on her experience, eventually resulting in Sabrina returning home early for healing (she’ll describe her experience in a future post for the benefit of others).

Our last and most recent victim was the captain’s own father,  Bob, who has been ‘boat-sitting’ the ship in Gigante, southern Nicaragua. He volunteered to take first shift in watching the boat for 3 weeks, and had the great misfortune of getting a serious, smashing wound while filling the ship’s water tanks in the surging conditions at San Juan del Sur. He has spent that period of time unable to enter the water, and trying 3 sets of antibiotics to finally kill the resistant strain of E.Coli that kept his foot inflamed.

Which brings us to the very important lesson:  we need to be very careful with infections, and VERY careful with antibiotic use, both in human medicine, and in the cultivation of fish, pigs, and cattle.

Watch this BBC News interview about The End of Antibiotics (link).

The health website Mercola.com details how antibiotics that are kept as a “last resort” for humans, such as colistin, are being used in massive quantities in industrial farming. This practice has caused a gene mutation (called mcr-1) now being found now in humans, for which there is essentially no cure.

Besides creating “super-bugs” in the world, which could cause mass pandemics, this form of industrial meat – any cheap chicken, beef, or pork – also has direct effect on YOU.  By ingesting micro doses of antibiotics in cheap meat, you are increasing your personal susceptibility to bacteria.

Oxford Journals’ Clinical Infectious Diseases has a scientific study titled “We are what we eat”, de-mystifying the notion that antibiotics in food doesn’t affect humans:

Some people argue that antibiotic-resistant strains that develop in food animals are largely irrelevant to human health because E. coli strains are relatively species-specific and so will not cause disease in people. This current study [5] shows that argument is flawed. A large proportion of isolates in these meats possessed virulence factors associated with causing disease in people. Even if some E. coli animal strains are relatively species-specific, the antibiotic resistance genes carried in animal strains are likely to be much less host-specific and thus transferrable to bacteria carried more frequently by people.

Here’s a simple video about Antibiotics history and the importance of changing industrial lifestock farming (link):


It’s crazy to think we’re reaching the “End of Modern Medicine” as we know it, in part due to the gross over-use of antibiotics to raise meat products, with inhumane conditions as its status quo!  Talk about hubris! There can only be a tragic ending to this experiment of using “miracle drugs” to make lots of cheap protein for people.

And thanks for sharing this important information!