From Left to Right: Henere, Leon, Capt K, Soraya, and Kumuhei. Sabrina is taking the picture!

To celebrate Capt K’s 37th birthday, we invited our local friends in Makemo to join us on a 4 day excursion around their atoll. Let’s start with a bit about our friends:

Leon & Soraya — we met Leon in Marquesas, at the Hiva Oa Boatyard, while repairing the fiberglass damages on Aldebaran (in July of 2017). He’s incredibly enthusiastic about everything he does, and kindly invited us to spend Sabrina’s birthday in Makemo last year, on our way through the Tuamotos.  So it’s uncanny that now, the following year, we were celebrating Kristian’s birthday with them too! Leon is a professor of mechanical repair at the college in Makemo, and Soraya is a retired admin from the government center.

Henere & Kumuhei: They are neighbors of Leon and all teach at the same school. We met them at a pizza party that Leon organized at his home (he’s got an amazing wood-burning oven!). This lovely couple grew up in Tahiti, and just moved to Makemo a few months ago after completing their teaching credentials in France. Henere teaches physical education and Kumuhei teaches English. Living in the Tuamotos is a new experience for them, but they are embracing the atoll life to the fullest! 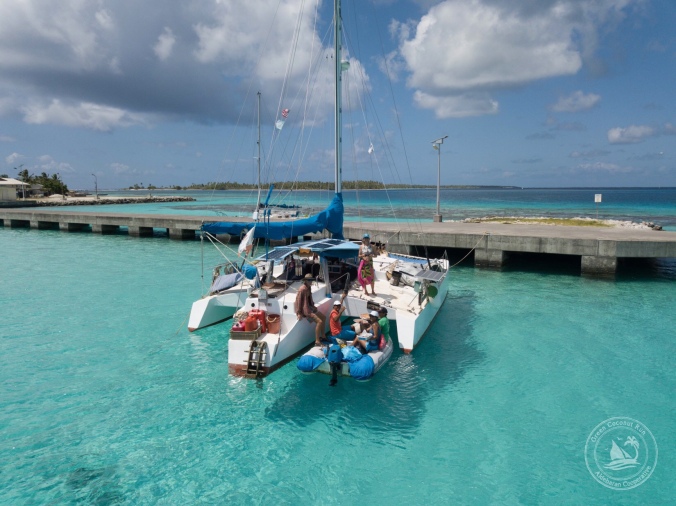 Loading up the crew at the Makemo wharf, with a stern anchor in 10 feet of sand, and bow line to the dock cleats.

My biggest surprise was how excited all four friends were about being aboard the sailboat. “There are no mosquitoes! The view over the water is so magnificent! Life on the boat is so fun!” They kept exclaiming with glee. I never realized that being on a sailboat would bring them so much joy to the locals who seem to live the ocean life daily! This in turn gave us a lot of satisfaction.

These guys were incredible crewmates– always present and nearby ready to lend a hand with the anchor or loading equipment, keeping a lookout for coral heads to avoid, and generally making our life as captains running the boat remarkably easy.

We went to two spots on the atoll: the motus in the SE side called Napahere, and the shallow anchorage in the far eastern corner, called “Trou de la Baleine” or Whale’s Hole. 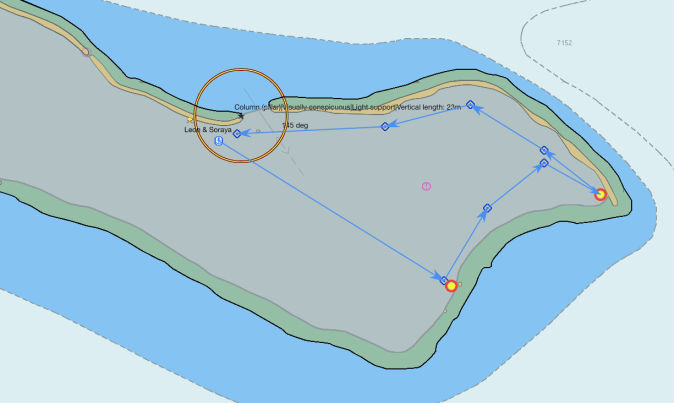 The most distinct thing about cruising with locals was how they created so much food and camp comforts directly from the land, with very little. Here was the approximate order of events for the first 24 hours: 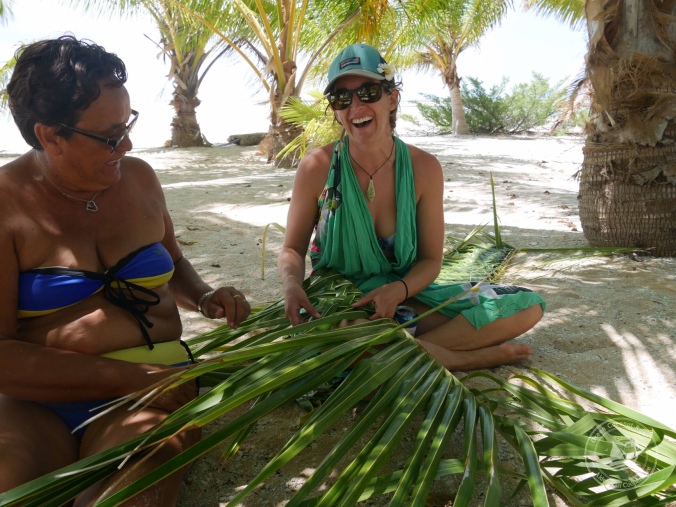 Upon arrival in the motus, Soraya got to work taking down palm fronds from the coconut trees to start “decorating and furnishing” our camp. These become lovely floor mats for meal time.

Breadfruit from the village was toasted over the fire that Leon made on the beach. 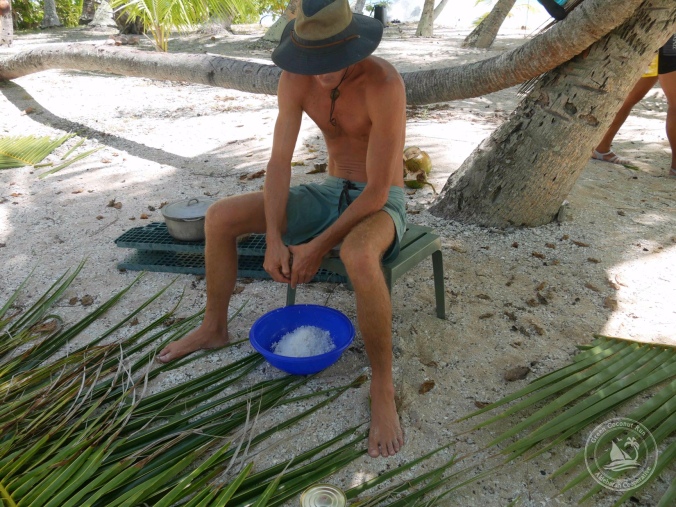 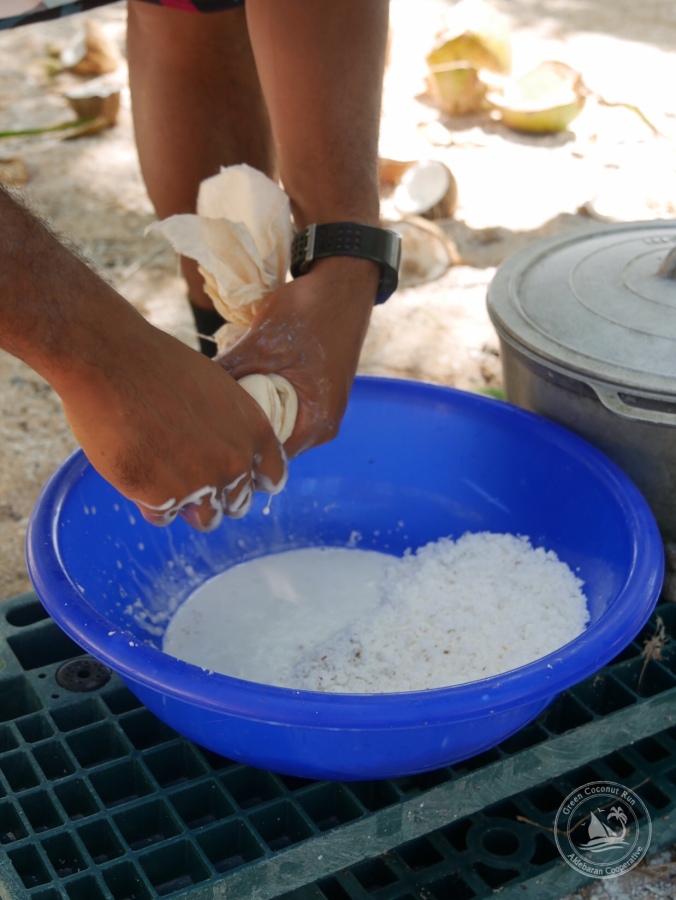 Close-up of the coconut milk process: grated coconut flesh (from hard, brown coconuts) is then squeezed through a tshirt (or cheese cloth) to extract delicious coconut milk unlike anything you can imagine!

A little bit of the feast over the palm fronds… simple and glorious.

Naturally, we have to cap it off with this image, which captures the essence of the “Green Coconut Run”! Sharing the Good living!

5 thoughts on “Birthday in Makemo!”