To follow this blog by email, click here.  So, you think sailing is just a vacation?  It IS tremendous fun, but the truth is that we do tons of work on this boat – constantly.  Luckily we have incredible crew to help. Below are snippets of the stories that we’ll share during our video episodes (help out by going to Patreon and throwing a buck into the pot). 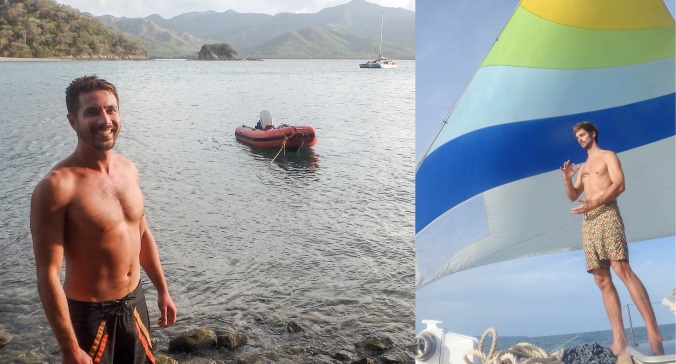 Michael (Electric Car consultant) and Ryan (Conservation Planner), returned home after six months of unstoppable stoke & determination to make the trip work out for everybody. They are phenomenal humans and shipmates. From furiously fast 24hr turnarounds in ports, to installing fans underway, these crew were… well, let’s just say I couldn’t have created better crew mates even if I had the power of creation.

Sabrina (Registered Nurse) is the captain’s sweetheart. She persevered through 4 months of living in a construction site – the Ventura boatyard – and then worked double time throughout the voyage to keep the ship’s sanity in check. Her delight in life complements her hard work ethic, and creates a space aboard the boat that everyone is happy to call Home.

Engineer Dan spent 1.5 months on Aldebaran in three countries. He brought us the power of the Sabbath with his weekly challah bread and unabashed kindness. He also helped us fix our broken rudder (bah, minor), spent hours designing our lightning protection scheme, and did some serious stoke harvesting in El Salvador’s right hand pointbreaks.

Architect Alex spent two weeks in Costa Rica and kept a perma-smile on our faces with his robust laughter (you know if you’ve heard it). He used his famous tiny home skills to build our  bimini PVC support, and among other things, serviced the seized fishing reels. Total legend.

Signmaker Bret, along with sweetheart Jessica, and our dear friend Erika,  carried the load for two weeks when the captain was on his own. Besides scoring the best (empty) waves of their lives, and in Jessica’s case, relaxing like a superstar, they pretty much ran the ship. Bret is his own form of superstar with an uncanny ability to fix anything in front of him. 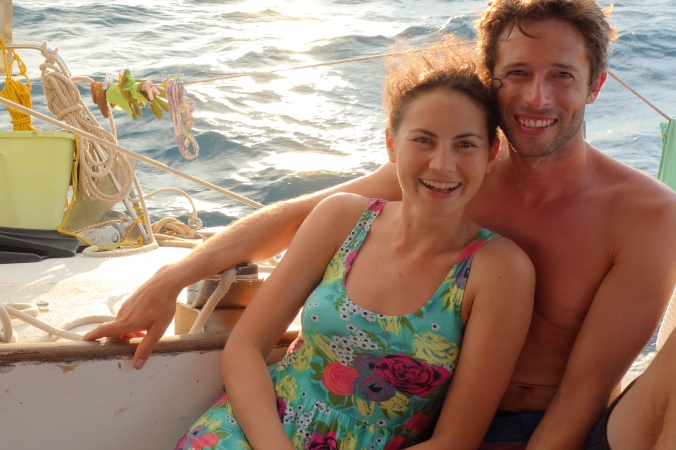 Oceanographer Dave, the captain’s first sailing mentor back in 2004 (!)  pulled out all the stops for a month of work and play. The visit by ladyfriend and fellow biologist Rachel gave him a break from his nearly compulsive ability to repair all things that stumped the captain. He managed to fix the pesky outboard carburetor, installed the diesel engine’s thermostat (long-time coming), and discovered the exhaust leak.  He did too many things to mention, all essential in preparation for leaving the ship for several months moored in Nicaragua.

Spearfishermen Brian and Eric, 10 days aboard in the Sea of Cortez, played a key role during one of our first crisis – a leaking diesel line which flooded the bilge. Panic! These guys kept their cool and were invaluable in the repairs. During that same time, Eric got clearance from his eye doctor to dive again, another successful “repair”!  Check out their blog post for more.

Matt took a break from his masters in foreign policy to be the ship’s carpenter. With custom woodwork, he doubled the square footage of useable storage on the boat, and installed the impossible cams to secure our hatches. He joined us for a week in northern Baja and took a 3am bus back to San Diego for 10 hours.  Badass.